Signature forgery and document tampering – How can you protect yourself? 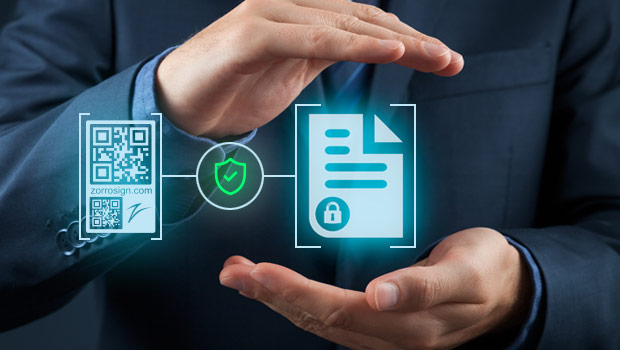 This week, Japanese Prime Minister Shinzo Abe and his close ally, Finance Minister Taro Aso accepted blame for an unraveling scandal in which official records were tampered with.  Total of 14 documents related to a dubious sale of state land at one-seventh of the appraised value to nationalistic school operator Moritomo Gakuen had been altered. The papers were scrubbed of all mention of Mr Abe and his wife, as well as lawmakers from the ruling Liberal Democratic Party (LDP).  Later, it was discovered that another set of documents, which show a record of price negotiations with Moritomo before the sale, were missing from what was submitted to the Parliament. (News source)

When documents signed with wet ink are tampered with or signature forged, document forensics experts can very easily detect the wrong doing.  Multiple copies may provide protection as long as those copies are not destroyed. The list of ways document fraud can be conducted is extensive.  Document transactions conducted using digital paper and electronic signature give you the false sense of security. The truth is that digital documents that were either electronically signed or signed in wet-ink and then scanned can, very easily, be tampered with and signatures on them forged after the effect. This can be accomplished with the use of software such as Adobe Acrobat Reader and Preview on Mac which are available for free.  Complete digital transformation is inevitable. Its just the matter of time. This problem will not go away.

So, how can individuals and businesses protect themselves again such malicious act? How can the Japanese public protect itself in the future from what Shinzo Abe, Taro Aso , and Moritomo Gakuen did? This was just one transaction by them that got caught. How many other transactions they must have conducted with forged signatures and tampered documents?

Imagine you’re a healthcare service provider, a doctors office, a financial services institution conducted millions of transactions a month domestically and internationally, a real estate deal, or a half a million dollar sales contract. The liability of having documents tampered with or signature forged for any one of the transactions in the above mentioned industries, is significant. Even companies that strictly use wet-ink on paper signature are scanning-and-storing documents electronically – not to mention rows of steel file cabinets lining up in offices around the world resulting in increased risk and insurance premiums. At the end of the day whenever these digital documents are to be shared with anyone there will always be this one question, is the document that I am looking at, original and authentic?

Only if there was a way to lock all the documents of a transaction with an encrypted token, secure them by a super advanced hash, and seal them with biometrics? What if, in addition, a distributed ledger could track the audit trail of actions and chain of custody?

As it turns out that there is.

With ZorroSign’s real eSignature and patent-pending unique Document 4n6 (Forensics) Token technology, individuals and organizations can be 100% confident that their business is protected against document fraud whether you’re sending documents out for signature, signing documents yourself, or wanting to verify and authenticate documents shared with you. As long as they were signed by ZorroSign, you know you can have the peace of mind that you and your business are protected against document fraud.

[Total: 1    Average: 5/5]
Share on FacebookShare on TwitterShare on Google+Share on Linkedin